Melissa Mytty was born and raised in the suburbs of Detroit, Michigan.  She received her BFA in ceramics from the College for Creative Studies in Detroit in 2005 and her MFA in ceramics from Cranbrook Academy of Art in Bloomfield Hills, Michigan in 2007.   She then moved to Philadelphia, Pennsylvania to be a Resident Artist at The Clay Studio from 2007 through 2012.  Mytty’s work focuses on the vessel format created by hand building techniques of pinching and coiling.  She is intrigued by combinations of patterning such as the play of polka dots juxtaposed by prints reminiscent of elegance and formality.  Her surfaces are eccentrically patterned with layers of pigment, glaze and luster. Mytty has exhibited nationally and is currently living and working out of her studio in Collegeville, Pennsylvania. 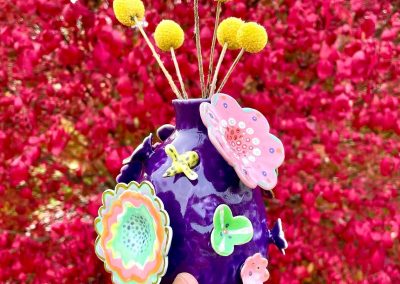 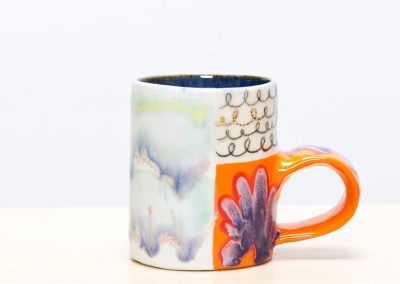 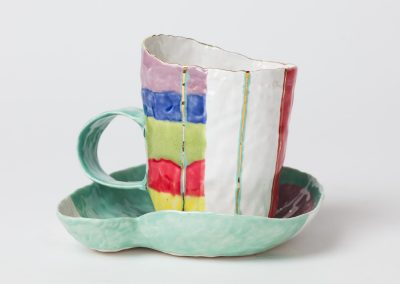 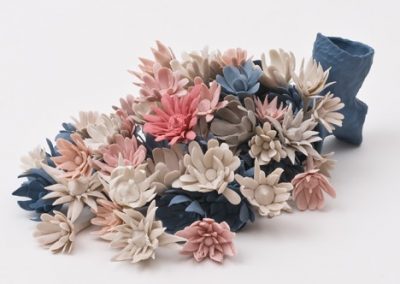 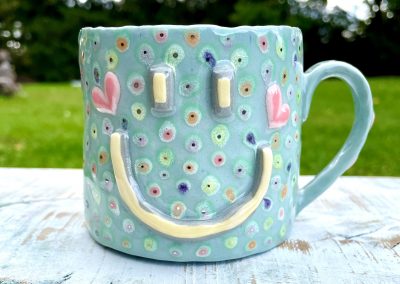